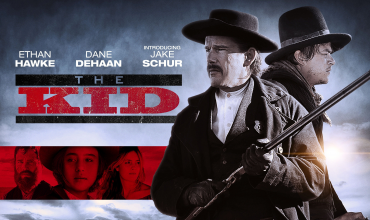 The story of a young boy who witnesses Billy the Kid's encounter with Sheriff Pat Garrett. 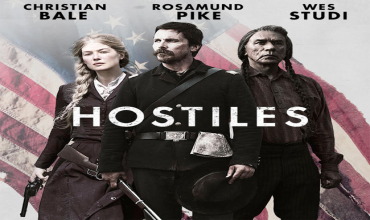 In 1892, a legendary Army Captain reluctantly agrees to escort a Cheyenne chief and his family through dangerous territory. 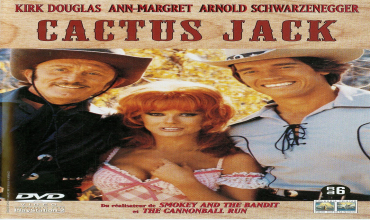 "Cactus" Jack Slade (Kirk Douglas) is the meanest bad man in the west, or so he thinks. When a bank robbery goes awry, he lands in jail facing a hangman's noose. When the corrupt owner of the bank offers him a job, Jack sees a chance to stay alive and get rich in the process. All he has to do is steal a strongbox full of money the banker lent to Mr. Parody Jones (Strother Martin) who needs it to keep his mining operation going. If he defaults on the loan, our "friendly" banker takes over the mine. Ms. Charming Jones (Ann-Margret) comes to town to collect the money and take it back to her father, Parody. To ensure the money makes it back home, Parody has called in a favor from a man who owes him a life debt. Enter Handsome Stranger (Arnold Schwarzenegger). The toughest and strongest hero in the west. As tough as a steel plate but, unfortunately, just as dense. As Charming and Handsome set off on their journey, Jack sets out after them. Using his trusty "Bad Men Of The West" handbook, Jack sets one trap after another only to have each one go awry in true Wile E. Coyote versus The Roadrunner fashion. With Loony Tunes-style sight gags in almost every scene, this movie will have you and your whole family laughing up a storm. 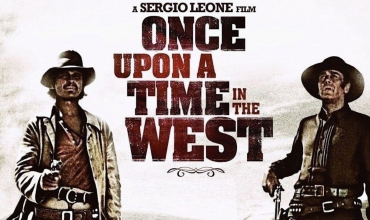 Once Upon a Time in the West

The beautiful Jill McBain, married in New Orleans a month ago, arrives at her new husband's place to find him and his children dead. Also new to the area, a man known only as Harmonica (met by three gunmen whom he soon dispatches). All the men - those at the McBains and the train depot - wore long coats, a trademark of local bandit Cheyenne and his gang, but it's Frank, who works for a railroad baron, who wants McBain's land and is trying to frame Cheyenne for the killing. Harmonica has his own reasons for seeking Frank, leading to a showdown. 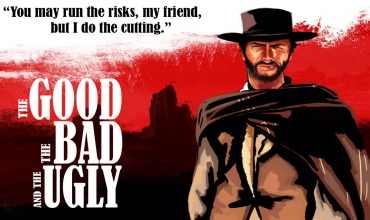 The Good, the Bad and the Ugly

During the American Civil War, three men set off to find $200,000 in buried gold coins. Tuco and Blondie have known each other for some time now having used the reward on Tuco's head as a way of earning money. They come across a dying man, Bill Carson, who tells them of a treasure in gold coins. By chance, he tells Tuco the name of the cemetery and tells Blondie the name of the grave where the gold is buried. Now rivals, the two men have good reason to keep each other alive. The third man, Angel Eyes, hears of the gold stash from someone he's been hired to kill. All he knows is to look for for someone named Bill Carson. The three ultimately meet in a showdown that takes place amid a major battle between Confederate and Union forces. 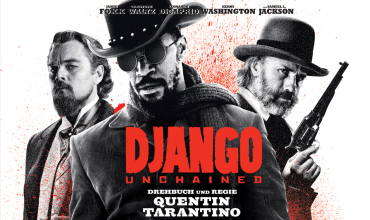 In 1858, a bounty hunter named Schultz seeks out a slave named Django and buys him because he needs him to find some men he is looking for. After finding them, Django wants to find his wife, Brunhilde, who along with him were sold separately by his former owner for trying to escape. Schultz offers to help him if he chooses to stay with him and be his partner. Eventually they learn that she was sold to a plantation in Mississipi. Knowing they can't just go in and say they want her, they come up with a plan so that the owner will welcome them into his home and they can find a way. 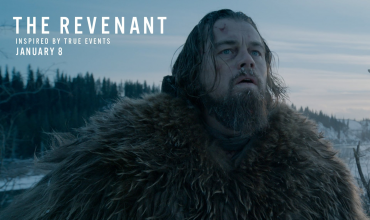 While exploring the uncharted wilderness in 1823, legendary frontiersman Hugh Glass sustains injuries from a brutal bear attack. When his hunting team leaves him for dead, Glass must utilize his survival skills to find a way back home while avoiding natives on their own hunt. Grief-stricken and fueled by vengeance, Glass treks through the wintry terrain to track down John Fitzgerald, the former confidant who betrayed and abandoned him. 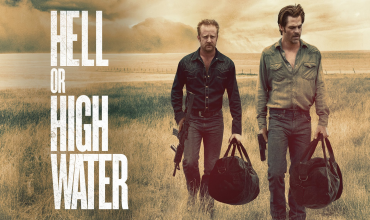 Following a series of armed robberies at a number of branches of Texas Midland Bank where very little money was taken, we learn that the motive of unemployed oil and gas worker Toby Howard (Chris Pine) and his brother -- just released from prison -- is to raise enough money to pay off the reverse mortgage that will forfeit their recently deceased mother's ranch if not paid off. Oil was discovered on the ranch and in order to secure the future of his sons and ex wife, Toby needs $43,000. After two of the robberies, curmudgeonly Texas Ranger Marcus Hamilton (Jeff Bridges) and his American Indian deputy partner pick up the trail and just miss foiling the next, and last robbery. 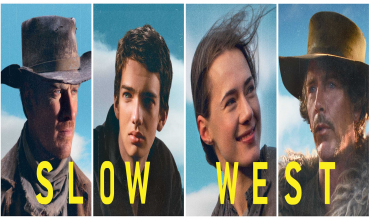 'Slow West' follows a 16-year-old boy on a journey across 19th Century frontier America in search of the woman he loves, while accompanied by mysterious traveler Silas.